Despite what some people might tell you, cold calling isn’t dead. In fact, the number of phone calls salespeople made actually went up last year. However, you would be hard pressed to find anyone who would say that cold calling as the only method of outreach is dead.

With everyone’s email inbox overflowing, text messaging is rapidly becoming an integral part of the sales process – even in B2B sales. The only problem is that lots of businesses have already caught on to this reality, and the ones that exploit it the most are not necessarily the most reputable.

Teams who are trying to sell legitimate products or services are left wondering not only how to stand out among the sea of competitors, but how to not get confused with the growing number of spam texts and SMS-based scams.

With these techniques and strategies to craft text messages and SMS cadences, sales teams can reach out to prospects with confidence, knowing that their messages will be among the most likely to generate a response.

Start every cold SMS conversation with a simple greeting. A “hello,” “hi,” or “hey,” followed by the prospect’s first name. If you want to do a variation on this, (like “Hi [first name], how’s it going?”) that’s fine, but don’t get into any specifics of who you are or why you’re texting them just yet. Wait at least a few seconds before sending your next text.

The primary reason for doing this is to avoid having your number flagged as spam automatically by cell phone carriers. Having a conversational tone (particularly in your first text) means you’re less likely to register on spam-prevention algorithms. 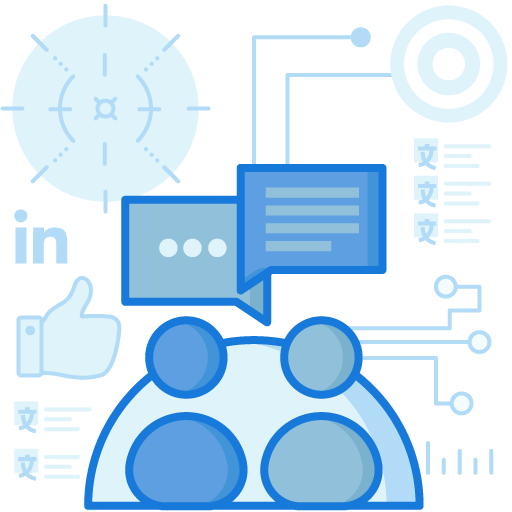 The second reason for initiating the conversation this way is more psychological than statistics-based. It prompts your prospects to think of you as a human being, as opposed to a faceless robot.

It also gives you the opportunity to wait for a response, if you like, before sending the next message. If you leave them hanging after the hello, a prospect may be inclined to think you’ve already met.

For example, you might be an old friend who’s number they lost, or someone they met at a bar the other night. Of course, this strategy should be employed very selectively, and in some cases not at all.

Use SMS Templates (The Right Way)

If you’re doing quite a bit of outbound texting (or even just replying to a lot of incoming texts), SMS templates will be your friend. They save a lot of time and energy, and can be just as effective as non-templated texts when used correctly.

For the best results, you should personalize your SMS templates with the customer’s first (or in some cases, last) name. Ideally your texting platform will have SMS templates that offer this feature.

It’s also advisable to have a number of SMS templates for different situations, even if the difference is small. For example, have one template that starts with “Happy Friday!” that you only send out on Fridays.

If you’re sending automated templated SMS, make sure they’re even more personalized. You might not be able to respond in real time if they reply right away, so having a higher level of customization (business name, location, or other pertinent information) will give the impression that even though you may be too busy to respond right away, their business is important to you.

When it comes to making sure your messages are received and that your number doesn’t get automatically flagged for spam, sending URLs over SMS is a risky business. However, if you follow these three rules, your risk will be greatly reduced:

The Golden Ratio of SMS

This one is pretty simple. To avoid having your number flagged as spam, you should aim to send no more than three SMS messages for every message you receive.

In other words, the ratio of incoming to outgoing SMS on an SMS number should not be more than 1:3.

Anything Worth Doing is Worth Overdoing…Until it Isn’t

We all know sales is a numbers game, so of course you would want to send as many text messages as possible every day, right? Not so fast – sending more than 200 text messages per day is likely to get your SMS number flagged for spam.

You know the saying. But here’s the thing: if you abuse these strategies, it will only backfire. Nobody likes to feel tricked, hounded or pestered. Remember, people can manually flag your number as spam, or even report it to the FCC.

The most important thing to remember is to put yourself in the customer’s shoes. Ask yourself how you would want to be approached over text. Consider what would annoy you, and what would win you over.