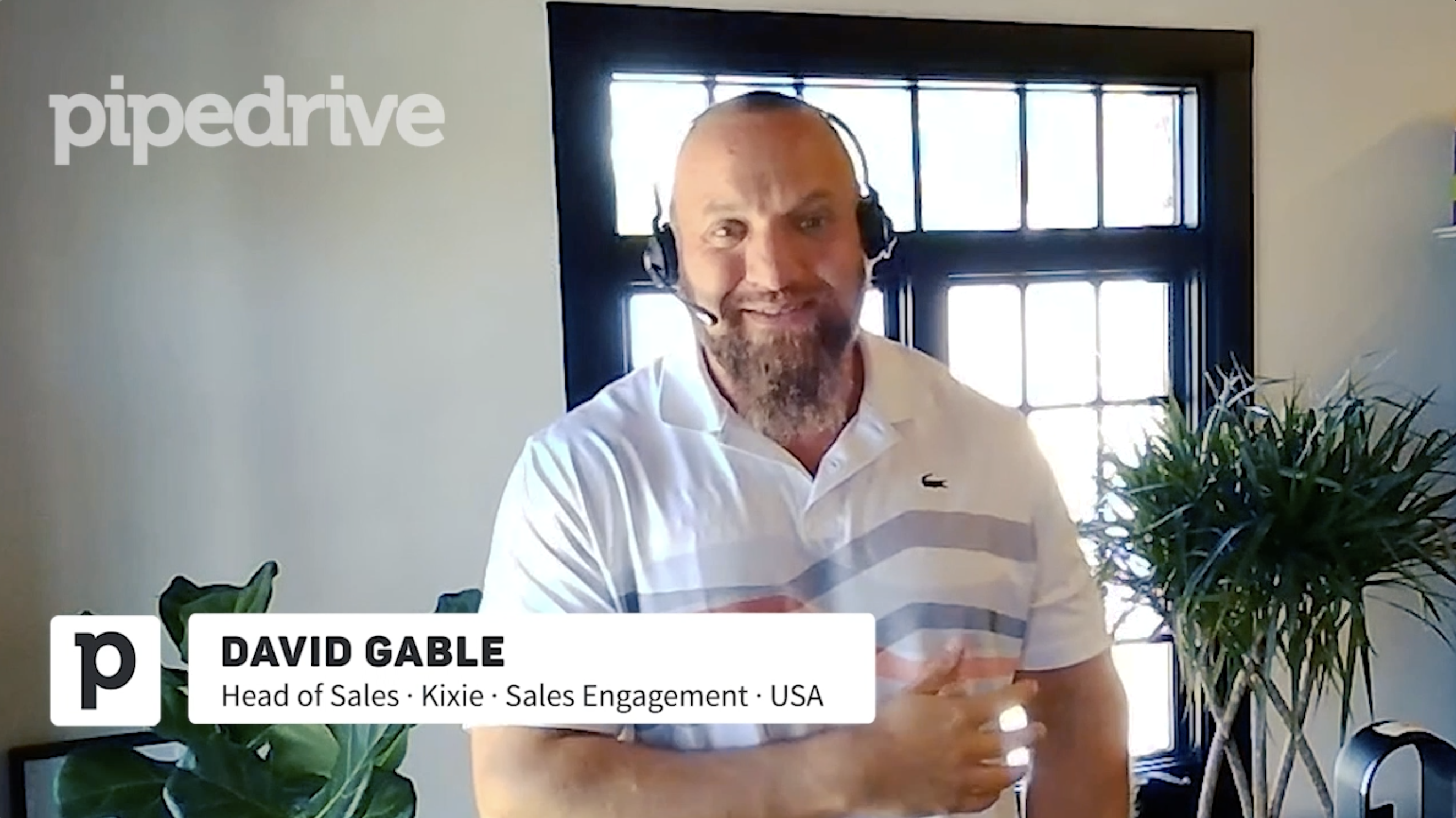 How Kixie Used Pipedrive to Build an Outbound Sales Team

As Head of Sales at Kixie, I have the pleasure not only of leading the sales team at a company which has been using Pipedrive since our inception, but also part of a company that helps other people use Pipedrive to achieve a lot of pretty incredible sales results.

When I started at Kixie, our sales team was entirely inbound. This might sound kind of crazy, but we had grown for years only relying on reviews, inbound leads, referrals, and all that kind of stuff.

It was pretty amazing, but we wanted to crack outbound. I decided to take advantage of the fact that of the thousands of visitors to our website every day, only 3% of actually sign up for a trial or demo. Those 3% are who our inbound team goes after.

That was the idea that spawned the creation of what I like to call my “outbound-ish sales team.” When new leads come in, those leads are scanned and captured, there’s a reverse IP look-up that takes place, website cookies and cache are screened, and through technology we’re able to get a sense of what companies are visiting our website. Not all the time, but for a good percentage of those people.

Then I have my outbound sales team go on LinkedIn Sales Navigator and prospect these companies and try to find decision makers within the sales hierarchy and call those people.

But instead of just being a cold outreach, like, “Hey, you’ve never heard of Kixie, we’d love to talk to you about increasing your sales,” we take an approach that’s more along the lines of, “Hey, I thought I’d just call you guys to find out who it was that was interested in

Kixie and answer any questions you have.” No pressure, just see if they have any questions we can answer. What’s cool is that those leads we’re prospecting through LinkedIn Sales Navigator automatically populate inside of Pipedrive. This in turn triggers auto calls, auto texts, and sequenced emails – all this fancy stuff that we do here at Kixie.

So at the core of it, we’ve switched from being an outbound team that’s engaging with people who really didn’t even necessarily need a dialing and texting platform at all, and instead we’re reaching out to people who already expressed an interest in our company.

Pipedrive played a pretty integral part in this success story. That’s due in no small part to the fact that Pipedrive has a killer Zapier integration that allowed us to automate a whole bunch of this outreach.

I’d like to give a quick shout out to Pipedrive for helping me with this sales success story, and going after a whole set of customers and potential customers that we never used to talk to before.

If you have any other questions, if you want to learn anything more about Kixie or my experience with Pipedrive, please feel free to reach out. My email is david@kixie.com and I’m always happy to chat.