Back in August, we published a blog post extolling the benefits of implementing automated workflows to make your sales (or CS or marketing) team more efficient. Eliminating boring administrative tasks not only boosts productivity, it can make your sales team happier and more engaged with their job by allowing them to spend more time on sales-related activities. 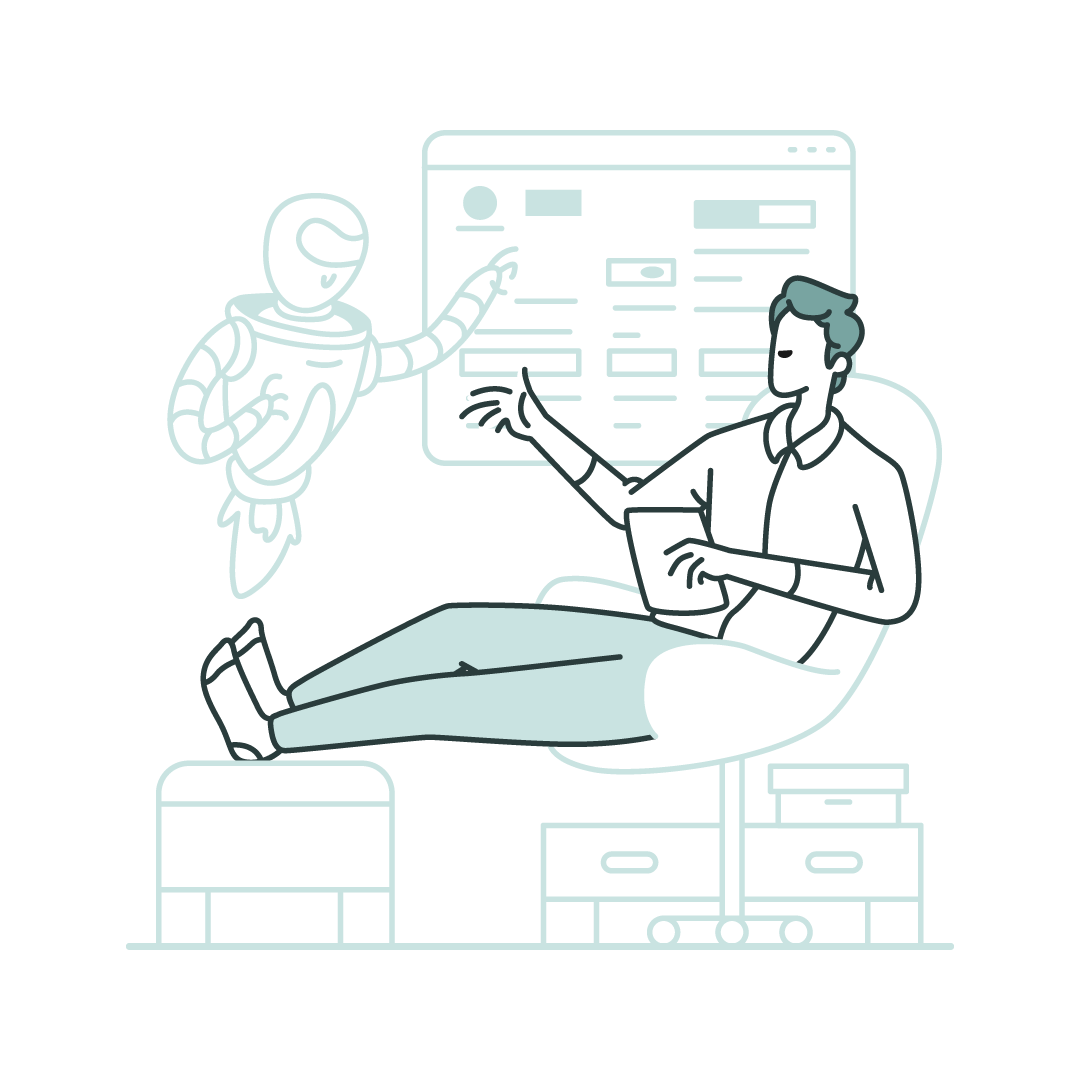 What Can I Automate?

To a certain extent, each automation platform has its different features and limitations, but for the most part the core functionality remains the same. Before dreaming up ideas for what to automate, it’s important to understand the basic capabilities of what can and cannot be automated. Once you have a general sense of what can be done with these tools, you’ll be able to think realistically about what to automate and how you might begin to go about it.

There are three different types of components to any automation: triggers, filters, and actions. Let’s break these down.

Every automation starts with a trigger. Like the name suggests, the trigger is what sets the automation in motion. The trigger can come from any program that integrates with your automation software, such as a CRM, email inbox, calendar, VoIP phone, etc. Each automation has only one trigger, and it is always at the beginning of the automation.

Some examples of triggers:

An automation doesn’t need any filters to function, but most automations have at least one filter. Filters are a particular set of parameters that must be met before the automation can continue on to the next step. For example, you don’t want to send an automated SMS to every new contact created in your CRM, only contacts created by a particular user.

Some examples of actions:

Now that we’ve established a general understanding of the components of an automated workflow, we can begin to brainstorm which processes we want to automate.

Visually, a typical automation will look something like this: 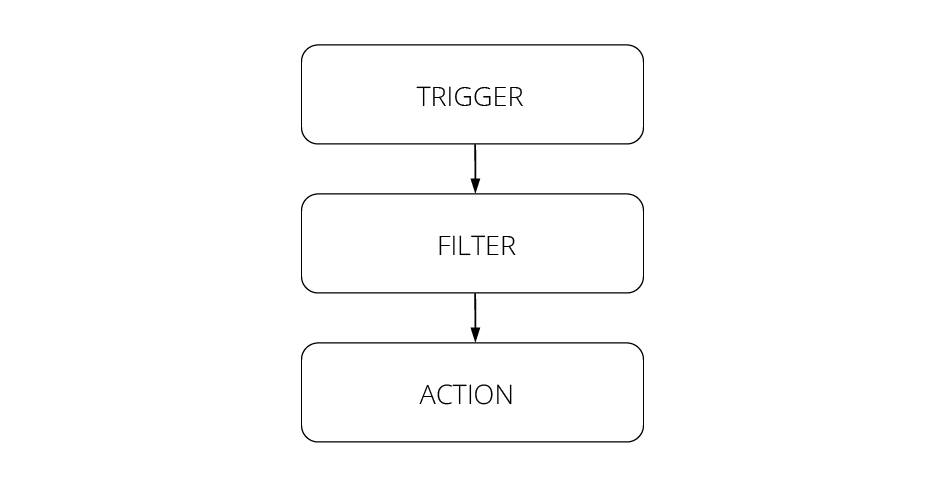 Or if it has an if/then branch, it would look like this: 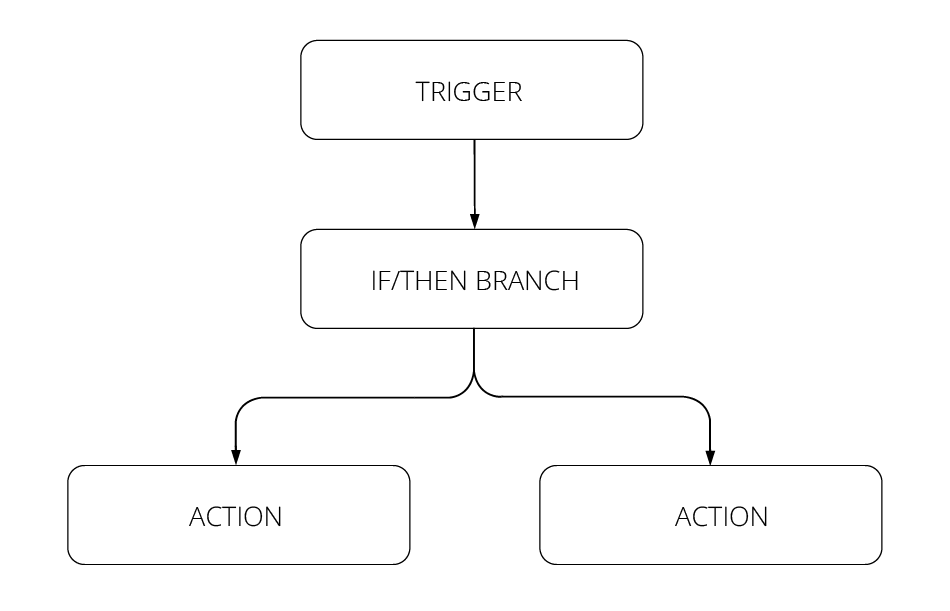 Deciding What to Automate

Just because you can automate something doesn’t necessarily mean you should. There are still some things that need a human touch. For example, you wouldn’t want to automate an entire phone call (how many people want to have a conversation with a robot?) but you might want to automate a prompt for one of your agents to call a lead when they open an email that’s part of your marketing campaign, or after they fill out a form on your website.

When it comes to sales and other customer-facing teams, most automated processes will fall into one of two categories: taking over time consuming administrative tasks, or performing a task that can’t be done by a human. In other words, automations will either streamline or enhance your sales process.

Take a moment to think about what tasks you or your team perform on a regular basis. Focus particularly on the tasks that seem like tedious busywork or are areas of inefficiency in your processes. Maybe jot a few of these down in a note. Then remove the tasks that require a human touch – such as tasks that require judgment calls or real-time person-to-person interactions. 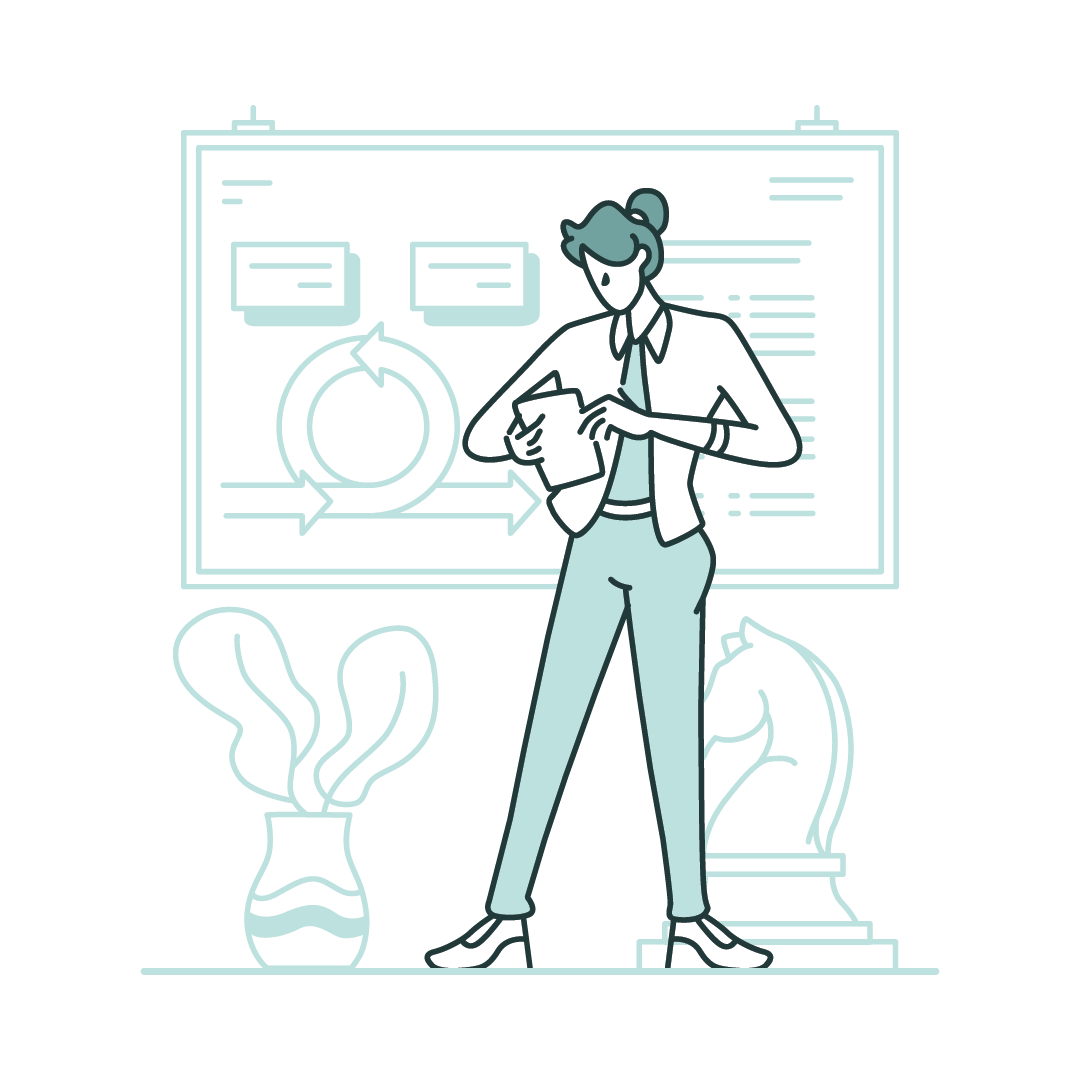 Let’s say, for example, that when your reps close a deal they leave a “Closed/Won” call outcome in their dialer, send a thank you email with next steps to the new customer, update the deal status in the CRM to “Won,” move the deal to an “onboarding” pipeline, and then assign that deal to an Account Manager (AM) before moving on to their next call. If the deal is less than $500 in value, the deal is assigned to a Junior AM, and if it’s over $500 in value it is assigned to a Senior AM.

If you wanted to automate this process so that all the sales rep has to do is leave a “Closed/Won” call outcome in their dialer before moving on to their next call, it would look something like this:

This above example might seem overly complicated, even daunting if you’re new to automation, but it is just to illustrate both the power of automation and the attention to detail that goes into planning and building an automation.

Automation seems complex or tricky at first, but it’s like riding a bike – once you’ve done it a few times it starts to feel natural, and after a while you wonder why it ever seemed difficult at all. To recap, there are four central questions you should be asking yourself when planning out an automation:

Other questions will arise, no doubt, but these are the basic ones to keep in mind right off the bat. Last but not least, if you’d like to see some specific examples of automations and how they’re set up, follow us on LinkedIn where we post weekly videos explaining how to set up lots of different automations using a variety of major automation tools and other applications.